Posted on February 6, 2017 by thebenefitblog 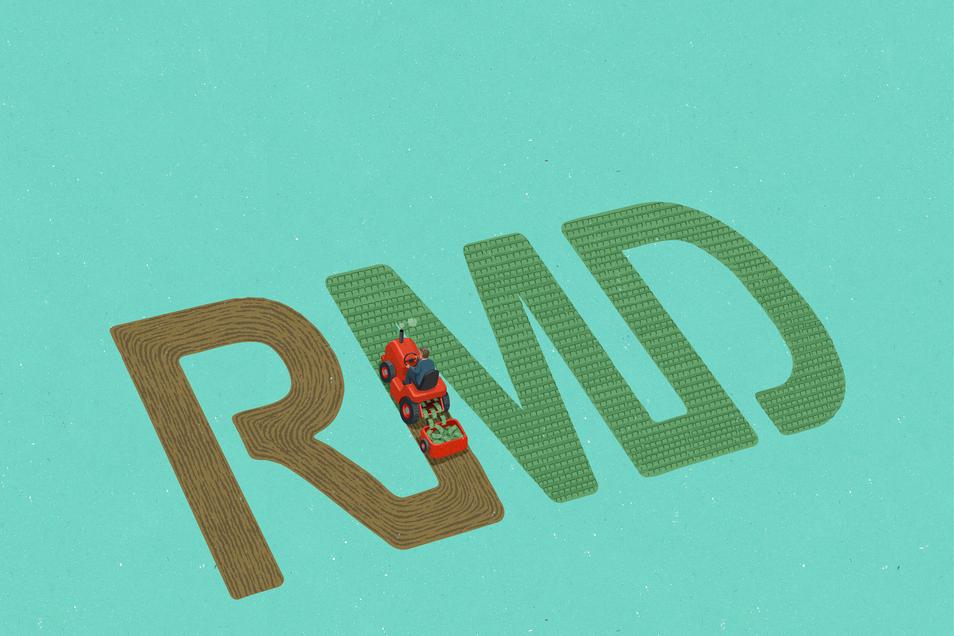 If you are one of the millions of Americans with a retirement-savings account, three of the most important letters in your financial life might be these: RMD.

They stand for required minimum distribution, which is something that the nation’s baby boomers now need to grapple with for the first time. It refers to an annual payout that savers must take from their retirement kitty at a certain point, as required by law.

The first of the boomers (people born mid-1946 through 1964) are just now hitting the age of 70½, when most will be required to pull money out of their 401(k)s and IRAs, but there are a dizzying array of exceptions and deadlines regarding these payouts. For example, some people who are still working at age 70½ don’t have to start taking RMDs from a 401(k).

“I was surprised at how complicated the process was for me—and I’m an expert,” says Natalie Choate, a lawyer with Nutter, McClennen & Fish in Boston who turned 70½ last year.

Posted on January 30, 2017 by thebenefitblog

Small businesses can once again use pretax funds to reimburse workers for health-care costs, especially premiums for individual and family coverage.

In a little noticed move, Congress late last year reauthorized Health Reimbursement Arrangements for businesses with fewer than 50 employees. As a result, these firms won’t risk large penalties on payments they provide to workers who purchase their own health insurance. Many of these firms don’t offer group-health plans, and this law enables them still to offer a health-care benefit.

These HRAs are different from commonly used Health Savings Accounts, which must be combined with a high-deductible health plan. Reinstating HRAs will cost the government about $235 million in lost revenue over five years, according to estimates by the Joint Committee on Taxation.

HRAs were widely used until the Affordable Care Act, commonly called Obamacare, threatened companies with penalties as high as $36,500 per employee, a year, if the arrangements didn’t conform to ACA requirements—and often they didn’t.

What Happens When Doctors Only Take Cash

Posted on January 27, 2017 by thebenefitblog

When Art Villa found out, after one too many boating accidents, that he needed a total knee replacement, he began asking around to see how much it would cost. The hospital near his home in Helena, Mont., would charge $40,000 for the procedure, he says. But that didn’t include the anesthesiologist’s fee, physical therapy or a stay at a rehabilitation center afterward. A 2015 Blue Cross Blue Shield study found that one hospital in Dallas billed $16,772 for a knee replacement while another in the same area charged $61,585.

It was in the midst of this confounding research that Villa, who’s 68, heard about the Surgery Center of Oklahoma, whose business model is different from that of most hospitals. There, the all-inclusive price for every operation is listed on the website. A rotator-cuff repair for the shoulder costs $8,260. A surgical procedure for carpal tunnel syndrome is $2,750. Setting and casting a basic broken leg: $1,925.

The catch is that the whole facility is cash-based. It doesn’t take insurance of any kind. Not Aetna. Not Cigna. Not Medicare or Medicaid. Patients or their employers pay whatever price is listed online, period. There are no negotiated rates, no third-party reimbursements and almost no paperwork. “We say, ‘Here’s the price. Here’s what you’re getting. Here’s your bill,'” says Keith Smith, who co-founded the Surgery Center in 1997 with fellow anesthesiologist Steven Lantier. “It’s as simple as that.”

Posted on January 27, 2017 by thebenefitblog

The government’s challenge to the merger was among the last major law-enforcement actions taken by Obama administration antitrust officials. The administration also challenged Anthem Inc.’s proposed acquisition of Cigna Corp., and a ruling in that case is expected any day. Together the deals could have transformed an industry already facing uncertainty from Republican plans to dismantle the Affordable Care Act and replace it with another health-care plan.

Posted on January 23, 2017 by thebenefitblog

The government’s challenge to the merger was among the last major law-enforcement actions taken by Obama administration antitrust officials. The administration also challenged Anthem Inc.’s proposed acquisition of Cigna Corp., and a ruling in that case is expected any day. Together the deals could have transformed an industry already facing uncertainty from Republican plans to dismantle the Affordable Care Act and replace it with another health-care plan.

Posted on January 20, 2017 by thebenefitblog

As a new administration takes office, the retirement plan community scratches their collective heads about what to expect. Donald Trump assumes the presidency with no prior public service, presenting very few tea leaves for us to read. The future lies largely in the hands of the nominee for Secretary of Labor, Andrew Puzder, and the Treasury Secretary nominee, Steven Mnuchin.

The appointment of Puzder to head the Department of Labor (DOL) clearly signals the Trump administration’s plans to deregulate the private sector. Puzder is a successful labor attorney and the CEO of the restaurant group that owns Hardees and Carl’s Jr. He has been outspoken against a raise in the minimum wage, the Affordable Care Act, and the DOL’s overtime regulations. He is a strong critic of government regulation, preferring market solutions to government intervention. While the Obama administration pushed a decidedly pro-labor agenda, we expect the Trump administration to roll back as much of that agenda as possible without overdrawing its political capital amongst members of Congress. We expect employers to find themselves in a much friendlier business environment.

Posted on January 20, 2017 by thebenefitblog 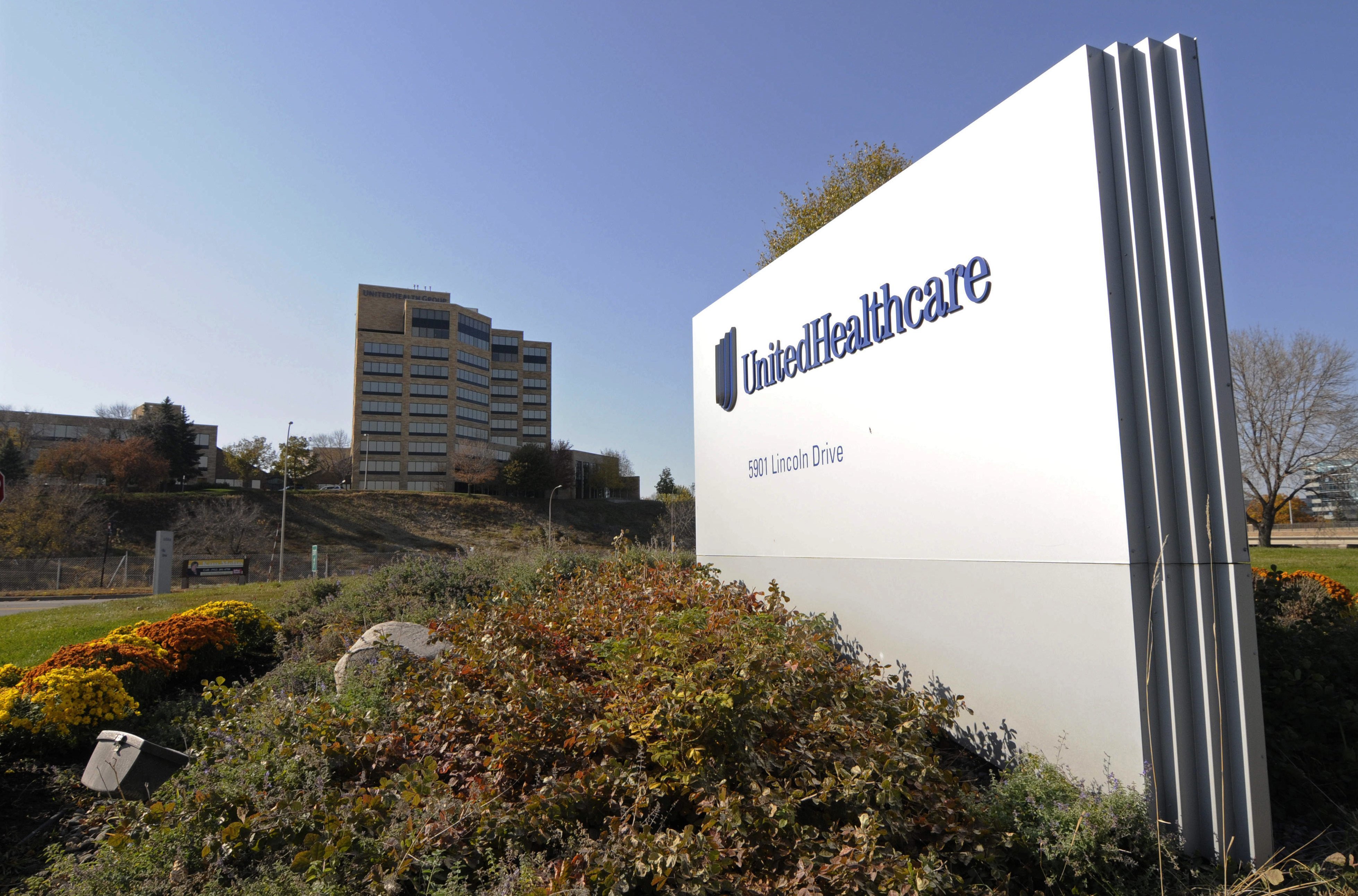 UnitedHealth Group Inc. reported a 56% increase in profit in the latest quarter, with results fueled by growth in its core insurance unit and its Optum health-services arm, as well as reduced impact from its money-losing Affordable Care Act business.

The Minnetonka, Minn., company reported net income of $1.90 billion, or $1.96 a share, compared with $1.22 billion, or $1.26, in the year-ago quarter. Excluding items, UnitedHealth earned $2.11 a share, compared with $1.40 a year ago. Analysts surveyed by Thomson Reuters anticipated $2.07 a share. In research notes, several analysts attributed the better-than-expected profit partly to strong investment income.

The large year-over-year gain in net income was tied partly to UnitedHealth’s move in the fourth quarter of 2015 to set aside a reserve against expected losses on its ACA exchange business, which pressured the year-ago results. The company said its enrollment in individual plans dropped sequentially in the fourth quarter of 2016, and it is largely exiting the ACA marketplaces this year, improving its outlook.

Posted on January 16, 2017 by thebenefitblog

This week, Congressional Republicans cleared important procedural hurdles on the path to repealing several components of the Affordable Care Act, including the individual and employer mandate penalties. GOP infighting, however, continued to prevent any consensus on the timing of replacement legislation.

Clearing the Way for Budget Reconciliation, the Gateway to Repeal

Both the House and Senate passed a non-binding budget resolution that paves the way for the Senate to pass an ACA repeal bill through the filibuster-proof reconciliation process.

Lockton comment: The budget resolution doesn’t contain actual repeal language. Instead, it directs specific committees in Congress to prepare language reconciling the resolution’s budget objectives with current law. The language these committees will prepare, to implement that reconciliation, will provide for the repeal of the ACA, at least in part. The committees are asked to prepare that language by Jan. 27.

Posted on January 10, 2017 by thebenefitblog

One of the many curious aspects of the recent presidential election was the virtual absence of discussion about America’s health. To be sure, the Affordable Care Act, also known as Obamacare, was front and center, but the Obamacare debate has largely been about the costs of care and insurance coverage.

Neither candidate devoted much airtime to the return America is getting for spending over 17 percent of its gross domestic product on health care. The short answer is not nearly enough.

More than a decade ago, some of my RAND colleagues published a seminal study indicating that adult Americans, on average, receive roughly half of recommended care (e.g., an important lab test or the right medication for a diagnosed condition). This finding held across various types of care—preventive, acute, chronic—and across an equally varied set of conditions, as well as for a range of geographic areas and for different demographic subpopulations, like children and the elderly. Unfortunately, there is no reason to believe that things have improved since the study was published.

Posted on December 9, 2016 by thebenefitblog

Everyone’s familiar with the term “house money.” When you’re playing with house money, you’re gambling or spending money that’s not actually yours, so the perceived risk is lower than it would be if it were your money. Therefore, the care exercised in the use of those “house” funds is correspondingly low, sometimes to the point of being nonexistent.

Here’s a simple example: Let’s say you’ve just won the lottery. A $20 Quick Pick paid off with a $5000 winner. You’re understandably quite pleased and, feeling appropriately flush with your newfound wealth, you take a stroll through the high-priced mall downtown, with their fancy shops. Here, all manner of high-end expensive merchandise beckons — fragrances, designer handbags and shoes, 50-year-old bottles of Scotch, and world-famous menswear. You’d probably never even contemplate buying this sort of merchandise with your own money, but it’s not “your” money, is it? It’s house money. $4980 of it, to be exact. So you treat yourself to suits, perfume, jewelry, and a bottle of rare spirits. Nice haul. And all for “free.”